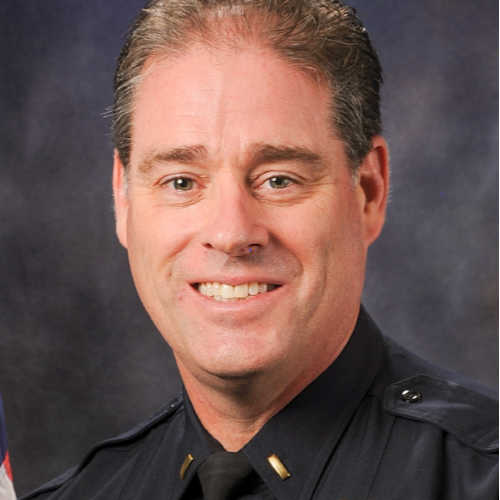 Duane Voss is a 32-year law enforcement veteran and has been in police management since 1999. He started his career as a patrol officer in a small town in Massachusetts, he then worked as a Transit Police Officer in the City of Boston, finally spending the last 28 years with the City of San Diego. Duane has enjoyed a diverse and successful law enforcement career and currently holds the rank of Lieutenant with the San Diego Police Department.

Lt. Voss obtained his B.S in Organizational Leadership from Biola University in La Mirada, Calif., and completed his M.S. in Law Enforcement and Police Safety Leadership (LEPSL) from the University of San Diego.

Training and development have always been a focus of his career. He has worked in Field Training for nearly 30 years, and is a California POST-certified instructor in Law Enforcement Response to Terrorism. His favorite assignment was as the Commanding Officer of the San Diego Police Department’s Canine Unit, where he developed training and created new programs, based on information learned in the LEPSL program. In his current assignment as the Commanding Officer over Traffic Investigations and Fleet Safety, he continues to utilize his experience and knowledge to mentor and coach future law enforcement leaders while overseeing complex and sometimes tricky investigations. His wife of 29 years is a Training Manager for Smith & Noble, a national window treatment company based in Southern California, and shares many training ideas and continues to be his biggest asset.

He and his wife have 3 children: his son earned a Physics degree from the University of San Diego and is currently serving in the United States Navy as an aviator; his oldest daughter was a professional ballerina trainee and is now a Freshman at the University of Mississippi studying Economics; and his youngest daughter is attending The King’s College in New York City studying Media Culture and The Arts. Of all his accomplishments, he considers these his greatest