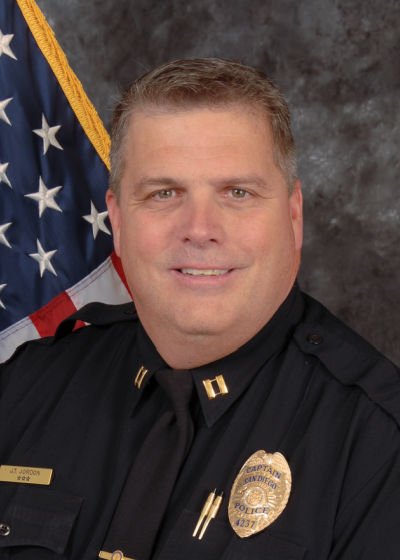 Capt. Jeffrey Jordon began his career in law enforcement in 1995 as a patrol officer with the City of Rahway, NJ.  In 2001, he was visiting San Diego with his wife, when they decided this was the place where they wanted to spend their lives and raise a family. He was quickly hired by the San Diego Police Department (SDPD) and has remained with the department for the past 19 years. He holds the rank of Captain, and works in the Chief’s Office focusing on legislative affairs and a wide-ranging field of special projects.

Capt. Jordon obtained his M.A. in Organizational Leadership from Gonzaga University in Spokane, WA, and completed his B.A. in Political Science and History from the University of Rochester in Rochester, NY.

Prior to moving into management positions, Capt. Jordon spent much of his career as a patrol and field training officer. He also advocated on behalf of law enforcement officers for nine years as a vice-president and director for the San Diego Police Officers Association (SDPOA), and as a member of the San Diego City Employees Retiree Medical Trust. Capt. Jordon feels his experiences in these organizations has enhanced his ability to understand issues from multiple perspectives, and has assisted him in his leadership positions within SDPD.