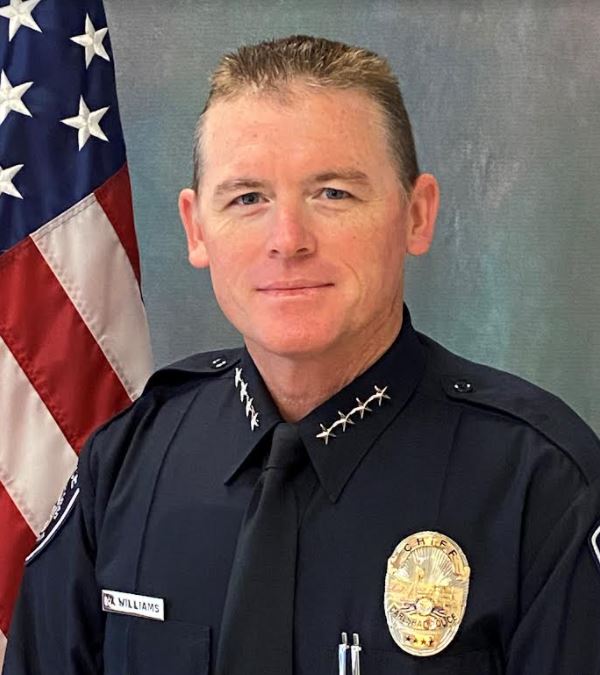 Carlsbad (CA) Police Chief Mickey Williams was born and raised in San Diego and joined the Carlsbad Police Department in 1995. He has held positions in patrol, crimes of violence, vice narcotics, general investigations, traffic, and administration before being named to the Chief role in 2021. Chief Williams earned a bachelor’s degree in Criminal Justice Administration and a master’s degree in Public Administration, both from San Diego State University. Additionally, he holds a Juris Doctorate Degree from Northwestern California University School of Law and is a licensed member of the California Bar.

Prior to his appointment as Chief, Mickey played key roles in the department’s transition to a new model of policing focused on crime prevention through community collaboration, diversity and trust. As Assistant Chief, Williams played a key role in several high-profile initiatives for the department, including the increased use of technology, enhancing efforts to collaborate with the community and working with regional law enforcement agencies on new approaches to de-escalation. This work led to a model de-escalation philosophy eventually adopted by every law enforcement agency in San Diego County. More recently, he has led his agency’s efforts to engage with the community on issues of civilian oversight ad homelessness.

In 2001, Williams was named Carlsbad’s Police Officer of the year, and in 2002 he was awarded the title of San Diego County Law Enforcement Officer of the Year. He is also a graduate of the Sherman Block Leadership Institute, the Los Angeles Police Department Leadership Program, and the FBI National Academy Session 261.