The Top 7 Trends in Law Enforcement 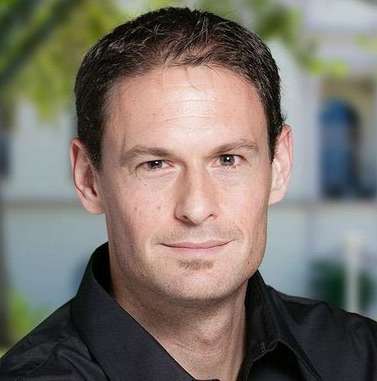 Law enforcement in the 21st century is evolving rapidly, as police face new threats and challenges along with increased scrutiny from the public and the media. The law enforcement profession is responding with significant changes in the areas of leadership, structure, culture, policy and technology.

Today, the majority of departments and agencies are:

Community oriented policing is, of course, not a new concept or practice. However, in the wake of highly publicized use-of-force complaints and the resulting public distrust, it is considered by many in law enforcement to be more relevant and necessary than ever before.

According to the Department of Justice, which launched its Office of Community Oriented Policing Services (COPS) back in 1994, “Community policing begins with a commitment to building trust and mutual respect between police and communities. It is critical to public safety, ensuring that all stakeholders work together to address our nation’s crime challenges. When police and communities collaborate, they more effectively address underlying issues, change negative behavioral patterns and allocate resources.”

With nationwide attention on the issue of community policing, most agencies have already begun successfully implementing these tactics and strategies to work more harmoniously with their local communities. And it is predicted that this focus on community policing will continue for the foreseeable future, as it remains a top priority at the local, state and federal levels.

For law enforcement professionals, improving their relationship with the community is no small task. But when equipped with knowledge about community oriented policing strategies, many departments are seeing an improvement in the public’s perception of police.

[RELATED] The Path to Community Policing Through Leadership >>

Trend 2: Increasing Use of Technology & Tools

Technology is making it much easier for police professionals to ensure public safety and security — freeing up resources and enabling proactive policing, while at the same time creating a new level of transparency. Here is a closer look at some of the technological trends at the forefront of modern policing:

Law enforcement officers put their bodies, and their minds, through a lot of stress and strain on the job. And while there has historically been a “tough it out” attitude, today’s agencies and departments are making officer health and wellness a high priority.

In terms of physical health, law enforcement officers are particularly susceptible to hypertension, obesity, diabetes and heart attacks. This has prompted agencies to encourage their officers to get proactive when it comes to their health, particularly cardiovascular health. Some agencies even offer incentives for officers scoring at a certain level on standardized fitness tests.

Women have traditionally made up a very small percentage of sworn law enforcement professionals, but those numbers are gradually growing (approximately 13% nationally, up from just 3% in the 1970s). To combat that, police agencies nationwide have signed a pledge to recruit classes of at least 30% women by 2030. Known as the 30×30 initiative, this program aims to not only increase the number of women in law enforcement, but it also “aims to ensure police policies and culture intentionally support the success of qualified women officers throughout their career.” In recent years, the need to recruit, train and promote more female officers is receiving far more attention than ever before for several important reasons.

First, studies show that female officers are highly regarded for their skills in conflict resolution, communication, problem solving and cooperation with community members, and often receive better evaluations than their male counterparts in these key areas. Statistics show that they are also less likely to use excessive or deadly force.

Beyond those important benefits, studies show that female officers excel in the following areas when compared to male officers:

The threat of cyber crime is massive and growing. In fact, the FBI and Internet Crime Complaint Center’s (IC3) 2020 Internet Crime Report revealed that complaints of cyber crime nearly doubled from 2019, hitting a record total of 791,790 (up from about 467,000). And local police departments across the nation are often not equipped with the specialized knowledge and technology needed to address high-tech crime, which poses an increasing risk to individuals, corporations and government agencies. However, given the proliferation of cyber crimes, agencies across the country have had to step up their efforts to combat online threats.

For example, Nick Selby, Director of Cyber Intelligence for the NYPD, developed a mobile app that will help their patrol officers conduct interviews with victims of cyber crimes. This app can guide officers through interviews with cyber crime victims to make sure they get the right technical details. These details are important in helping cyber crime experts investigate and potentially identify the perpetrator.

This has prompted many law enforcement leaders to make police accountability a cornerstone of their leadership styles. By building a culture of accountability within their agencies, police leaders are highlighting its importance and demonstrating to subordinates that they are expected to carry out their duties with integrity. Having this system of accountability in place also gives officers a sense of security and support, as they clearly understand the expectations placed on them and their colleagues.

Law enforcement recruitment and retention is down, exacerbated by increasing anti-police sentiment and relatively low starting compensation in comparison to many other (less dangerous) fields. This, paired with a growing number of baby boomers retiring from police careers, is creating many open positions on patrol and in leadership throughout law enforcement agencies.

This new generation of police leaders is bringing different perspectives and life experiences that translate into different leadership styles. Many of today’s leaders are moving from the authoritative style that has largely dominated law enforcement to a more inclusive approach that seeks to enable and empower rather than simply command.

Important 21st century police leadership competencies include analytical and problem-solving skills, the ability to think critically and resolve conflict, an understanding of public safety law, awareness of budget/fiscal issues and the ability to effectively communicate with a wide array of people, from subordinates to community leaders and the media. This is a significant departure from police leaders of past generations, when technology, data analysis and budgeting had little to do with running a law enforcement department.

Erik Fritsvold, PhD
Academic Director, MS-LEPSL Program
--Updated for 2021-- Law enforcement in the 21st century is evolving rapidly, as police face new threats and challenges along with increased scrutiny from the public and the media. The law enforcement profession is responding with significant changes in the areas of leadership, structure, culture, policy and technology. Today, the…
Read Full Bio
Program(s) covered in this article: