The 6 Steps to Becoming an Intrapreneur 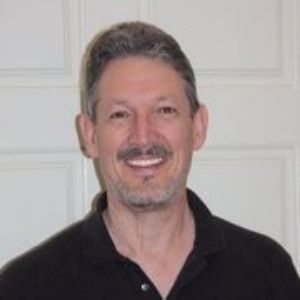 When you think about professionals who are driven to create and innovate, the first type of innovator that comes to mind is likely the “self-made” individual who starts their own business or enterprise. The entrepreneur.

However, there is an equally influential type of innovator whose work takes place within an existing company. The intrapreneur.

What is an Intrapreneur?

Like the entrepreneur, intrapreneurs are innovators who thrive on creation –  though they may feel more comfortable as part of a team or initiative within an environment that fosters their inspiration, or they’re happy contributing to an important cause they’ve helped to grow and develop over the years. Others may be working jobs to support themselves and are looking for outlets to stand out from the crowd.

The term intrapreneur was popularized by the 1985 book “Intrapreneuring” by Gifford Pinchot. Simply put, it refers to an in-house entrepreneur, an employee of a company who acts much like the creator of a new business or startup company. Intrapreneurs and entrepreneurs are similar in that they share a lot of the same attributes:

Persistent – Neither intrapreneurs nor entrepreneurs will stop pushing for what they want, they both understand that setbacks and missteps are part of the discovery and development process. It’s equally important to brush off and learn from mistakes as it is to not take “no” for an answer.

For all their similarities in attitude, there are some major differences between intrapreneurs and entrepreneurs, especially relating to the environments they find themselves in.

How Intrapreneurs and Entrepreneurs Compare to Each Other

How Do Intrapreneurs Create Value?

So how do companies benefit from having an intrapreneur (or two) in the organization?

Rather than just checking boxes and completing tasks, intrapreneurs are interested in exploring all the different ways that a company can grow and develop. This innovation can come from anywhere, sometimes that means crossing departments or going around the usual hierarchies. Examples could include:

Intrapreneurs can come from anywhere in the company, but the problem is that department divides and strict hierarchies can stifle innovation and risk taking. How can individuals stand out from the noise, and how can organizations recognize and foster the intrapreneurial spirit? Here are our top recommendations and some of the examples that inspired them.

How to Become a Successful Intrapreneur

If you’re interested in pursuing a degree that gives you the skills to thrive as an intrapreneur, consider programs that offer entrepreneurship tracks, as the skills and knowledge are directly transferable.

Look for programs that offer curriculum in:

USD MITE’s curriculum is built upon cross-functional leadership training that applies what you learn to solve both day-to-day and strategic challenges with an entrepreneurial and innovation-minded approach.

If you want to further develop the inner, entrepreneurial restlessness that drives you to excel, then consider USD MITE.

Q: How can I encourage intrapreneurship within my business?

A: Generally a business will want to find ways to promote the six recommended habits within their environment. This can be an implicit culture where employees are allowed more freedom to “play” with their approaches to projects. Or, it could be a more explicit and controlled environment where they’re actively encouraged to innovate:

Q: How can I be an Intrapreneur if my company isn’t directly supporting me?

A: It is sometimes said it’s better to ask for forgiveness than permission. If you’re determined to find new ways to innovate and develop new initiatives at work, then you’ll need to find the time and resources on your own to demonstrate your concept. Don’t neglect your regular responsibilities though! Intrapreneurs are allowed more leeway because they can prove they’re an asset to the company, so don’t assume you can jump right out the gate and start doing your own thing.

Q: Is it better to be an Intrapreneur or an Entrepreneur?

A: It depends! Are you able to support yourself by supplying and raising capital and feel the need to call all the shots? Then you should explore the possibility of creating a startup as an entrepreneur.  Do you feel you work better with others and don’t mind taking your time getting started? You might be better off as an intrapreneur, especially if you’re unable to dedicate your full time to a venture that might not be immediately profitable.

USD worked with two accomplished tech entrepreneurs to create this free guide on how to take the next step toward innovation in your career.

Jeff Teza
Academic Director
When you think about professionals who are driven to create and innovate, the first type of innovator that comes to mind is likely the “self-made” individual who starts their own business or enterprise. The entrepreneur. However, there is an equally influential type of innovator whose work takes place within an…
Read Full Bio
Program(s) covered in this article:

8 Steps to Start Your Own Business
14 min read